INCRIMINATING ECIG NO MATTER WHAT IS BECOMING A NEW NATIONAL SPORT

by Catania Conversation
in Press Release
0

Riccardo Polosa, Professor on Internal Medicine at the University of Catania and Founder of the Center of Excellence for the Acceleration of Harm Reduction (COEHAR), believes that “the authors are presenting an evidence-baseless commentary”.

The article, intended to be debatable, goes back to the EVALI cases- lung diseases- that occurred last year in the United States and brought back to the the presence of vitamin E acetate in cartridges containing illegal cannabis. However, the article suggests the idea that the causes of the diseases could be “multifactorial”: not exclusively related to the vitamin E acetate, complaining that CDC has stopped publishing updates on the issue.

By comparing the clinical evidence of EVALI to those of Covid-19 and citing a recent study by Sarah-Reagan-Steiner, the article suggests the idea that the use of ecig could be a risk factor for the SARS-Cov-2 infection, especially for children. He welcomes all the restrictive measures taken so far in the US, also recalling that the President of the  Parliamentary Commission for Economic and Consumer Policy, Raja Krishnamoorthi, asked the FDA Commissioner to withdraw ecig from the market during the pandemic.

The newspaper reserves the latest thrust to Public Health of England, the operational agency of the British Ministry of Health, thta probably will be under reorganisation due to the management of the pandemic. Last October, we witnessed to an hard back-and-forth between John Newton, Director of the Health Improvement Department at PHE, and the Director of the Lancet. The magazine goes back to the issue, inviting the agency to “adopt the precautionary principle to mitigate potential damage to the lungs and susceptibility to infection in the COVID-19 era”. 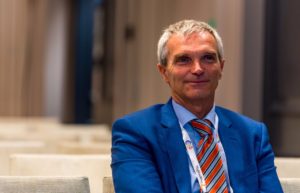 “The authors are presenting an evidence-baseless commentary” commented Prof. Polosa “It is well known that EVALI has nothing to do do with commercially available nicotine vaping products and there is no increased risk of a COVID-19 diagnosis in those who vape – as a matter of fact, not even deadly smoking is a risk factor for COVID-19 hospitalization as recently shown in a large meta-analysis of > 6500 cases! Incriminating vaping products no matter what, is becoming a new US national sport. The credibility of the scientific community is at stake!”

Derek Yach is critical about the association between Ecig, EVALI and Covid-19. The Director of the  Fpundation for a Smoke Free World recalls how vaping was not the cause of lung diseases, thta should instead owed to the cartridges containing THC sold illegally, as confirmed by CDC and FDA. 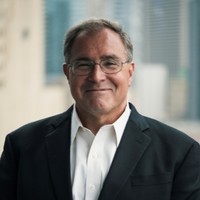 of the “EVALI” outbreak by a sophisticated data analytic group, showed that e-cigarettes were NOT the cause of the respiratory outbreak seen in young people” says Derek Yach “Rather, it was caused by contaminated THC cartridges sold illegally. The truth though was only confirmed in the waning phase of the outbreak by the CDC and FDA and after NGOs, youth-activists, media and politicians had convinced themselves that the alleged “cause”, e-cigarettes and especially JUUL, demanded regulatory action, public warnings re the dangers of vaping and demonization of harm reduction. The result: bad policies that are increasing combustible cigarette use, and leading the public and policy makers to believe that nicotine and vaping are causes of cancer. They are not. Distorted public perception combined with weak basic epidemiological methods has now played out with the latest study on COVID-19 and vaping. Detailed methods critique have shown that this is a spurious association not supported by the data (one reference is cited below). Yet, as with the EVALI episode, politicians are jumping onto it and using the concerns raised by this faulty study to call for a national vaping ban. Sadly, this too will simply reinforce smoking as a less harmful desired behavior”.

First seroepidemiological survey to assess association between smoking and COVID-19

Harm reduction is a flavoured journey in global tobacco control

© 2020 Catania Conversation - A Project by Coehar.